Five information boards (118 x 71cm, print on dibond, QR codes, web pages, 2021) are mounted on stands in four locations in the recently opened Park Brialmont, and one location in Brilschanspark.

The parks are separated by the ‘Ring’, the overcrowded highway connecting Antwerp to Brussels and Paris, Ghent and Zeebrugge harbour, Rotterdam harbour, and the German Ruhr area, effectively cutting the city – and the district of Berchem – in half.

The highway is built in a canal-like depression of the former, 19th century fortified constructions surrounding Antwerp, earning the city the title of the largest military settlement of the world at the time.

However, my information signs are not about the history of Berchem, nor about the parks they’re in. Instead, the signs are about a piece of land about 100 kilometers North-East of the former Brialmont-stelling. The signs explain The Plot. 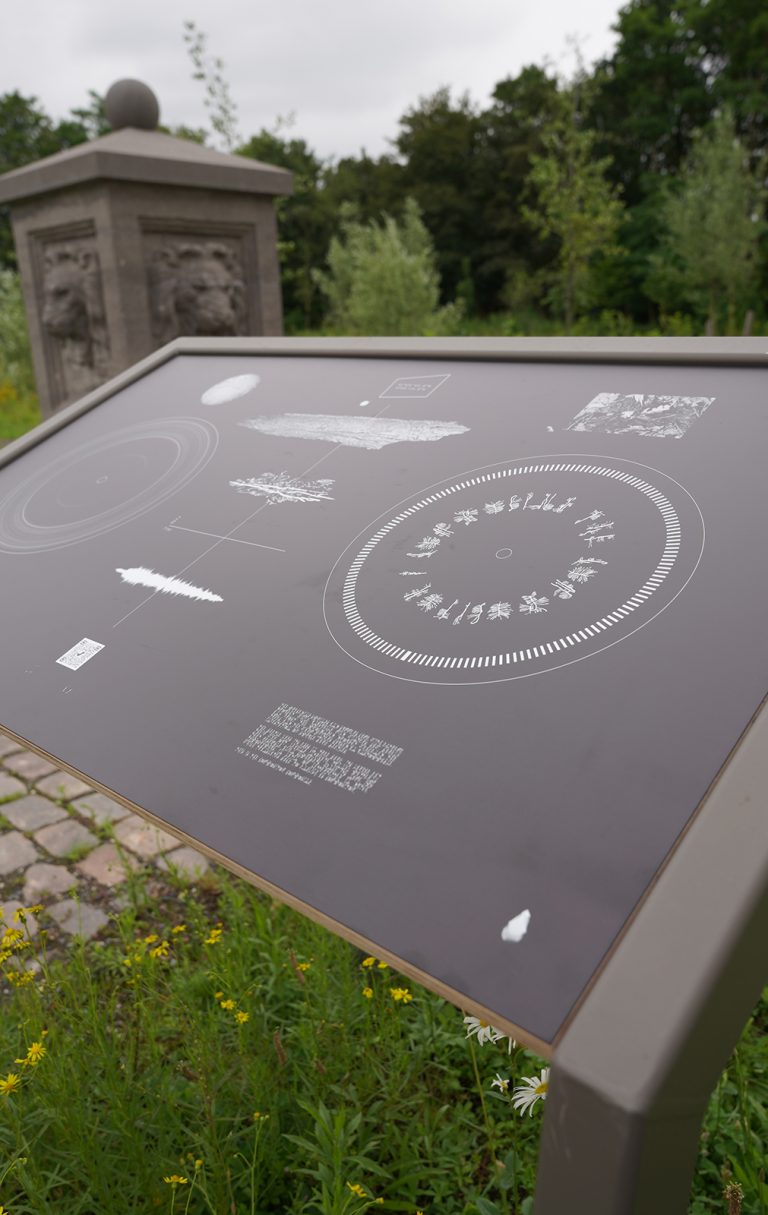 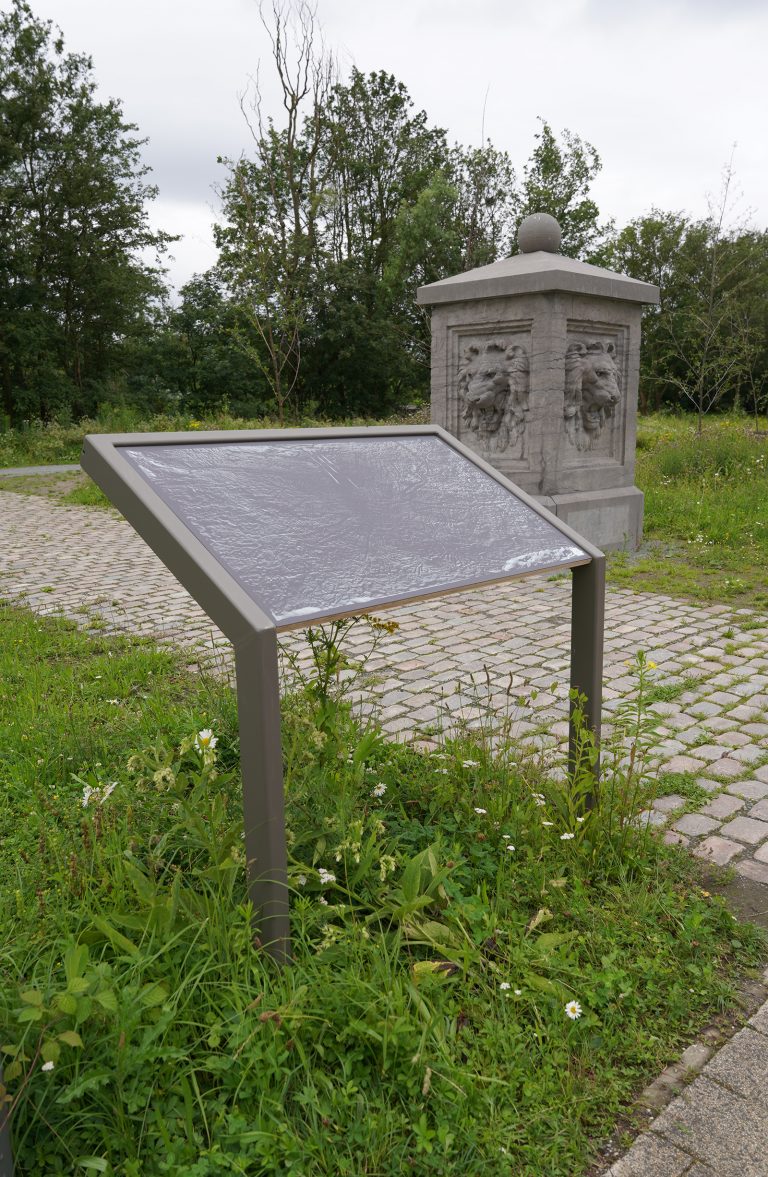 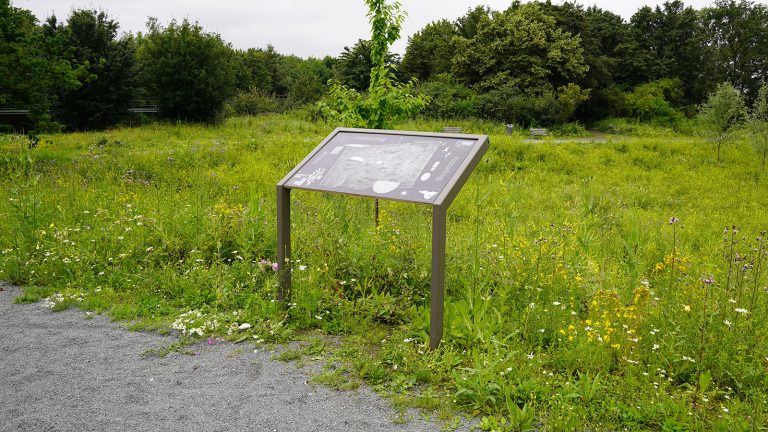 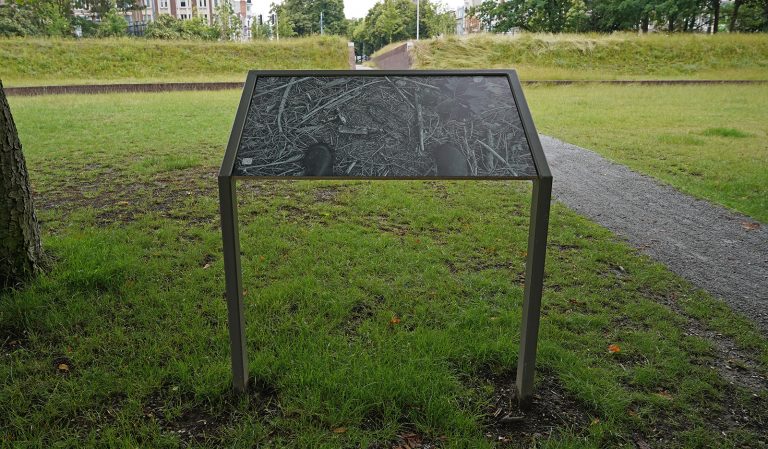 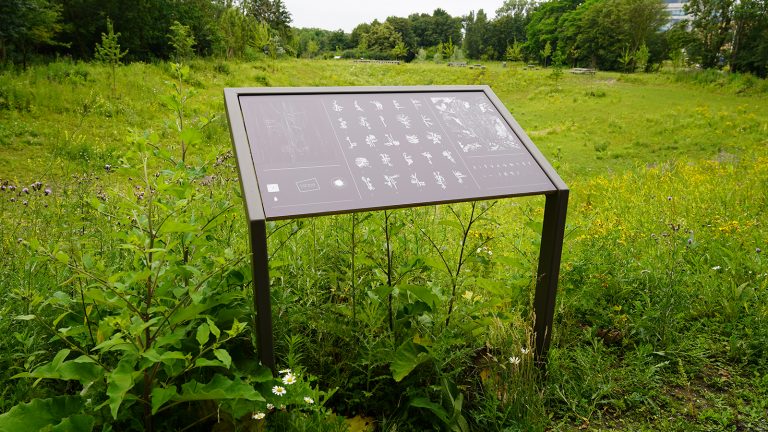 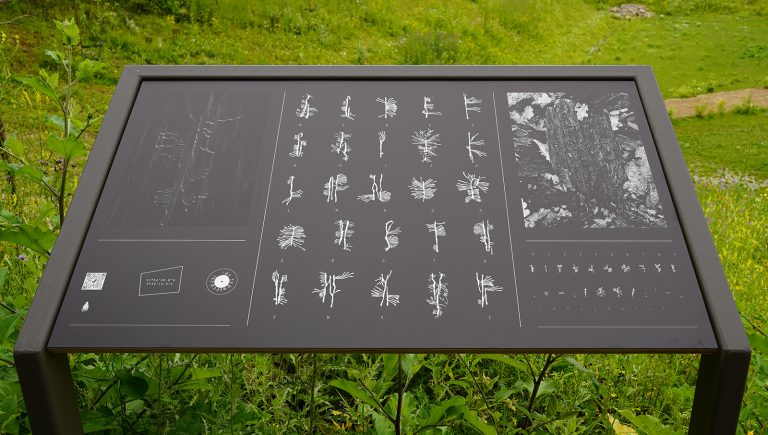 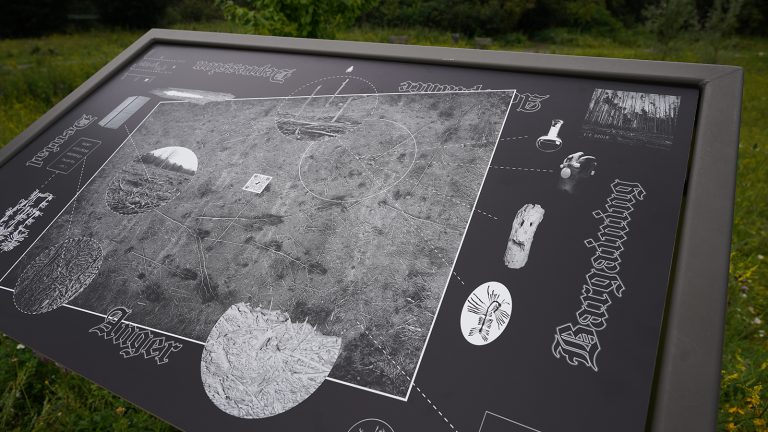