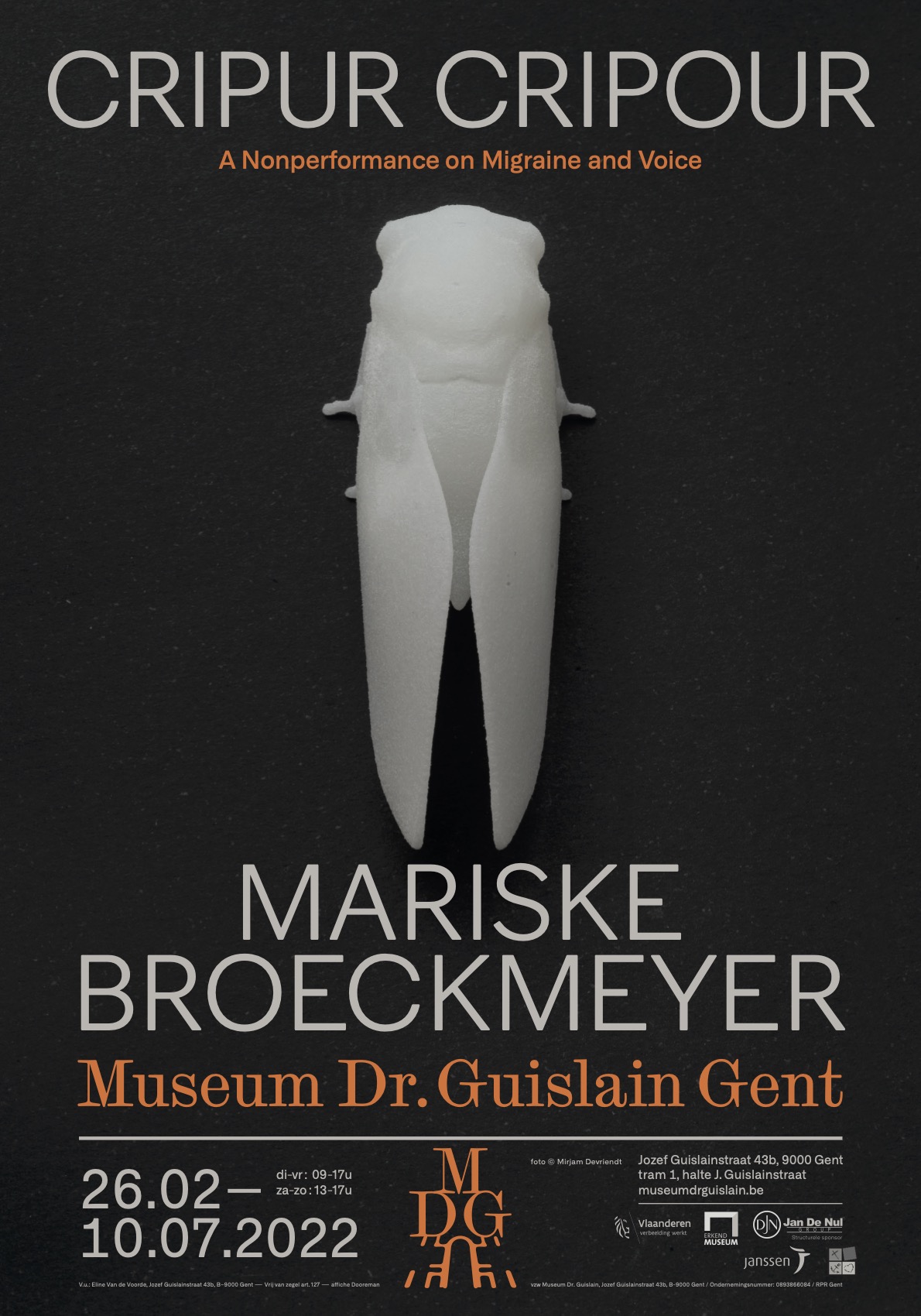 Cripur Cripour is a nonperformance on migraine and voice, wavering between interactive opera and installation art. Through personal narratives and intimate vocal sounds, singer and sound-artist Mariske Broeckmeyer guides the audience into the blackened scenery of the migraine lands. When this neurological syndrome rages at full force, a throbbing headache and an all-consuming nausea reduce the migraineur to an immobile body on the verge of being. As the attack increases, the voice, too, slowly starts to fail. By capturing this gradual vocal disintegration, Broeckmeyer amplifies the importance of vocality in the context of illness and studies what the failing voice might reveal about the essence of being voiced. This way, personal migrainous utterances offer a starting point to redefine what a voice could be when it is silenced by illness.

At first glance, the title Cripur Cripour seems nonsensical, like the aphasic outbursts of gibberish that are common migraine symptoms. However, when this exclamation is read in French, the words ‘cri pur’ (pure scream) and ‘cri pour’ (cry) appear. This way, the title refers to a concept by French psychoanalyst Jacques Lacan, who states that the scream, initially a meaningless outcry of pain, which merely originated as a bodily reflex (cri pur), is turned into an appeal as soon as it is heard by the other (cri pour). This nonperformance wavers between cri pur and cri pour, when the unanswerable migraine voice, originally resonating for no one in the secludedness of a bedroom (cri pur), searches a listener in the performative context of the opera (cri pour).

?The piece is a ‘nonperformance’ because it is experienced as an opera without a singer. Overpowered by her own suffering she is absent and her voice is reduced to an acousmatic presence, sounding but without a body to reveal its source. As if it were a concert hall, the audience enters the space at fixed hours. When te doors open, a black box is entered. Here, all sense of space shifts. Is it a bedroom? A stage? One after the other, installations light up, and start to sing. A voice guides the way through this spectacle of the intimate. Follow the call as it echoes health into sickness, the personal into the abstract, the aural into the visual; until vocality scatters and sinks into silence, a disintegration of voice that runs in six acts. When it all has come to an end, a light will hit the exit and guide the way out.

Mariske Broeckmeyer (1991) is a Brussels-based singer, composer and PhD Researcher at LUCA School of Arts and KU Leuven.