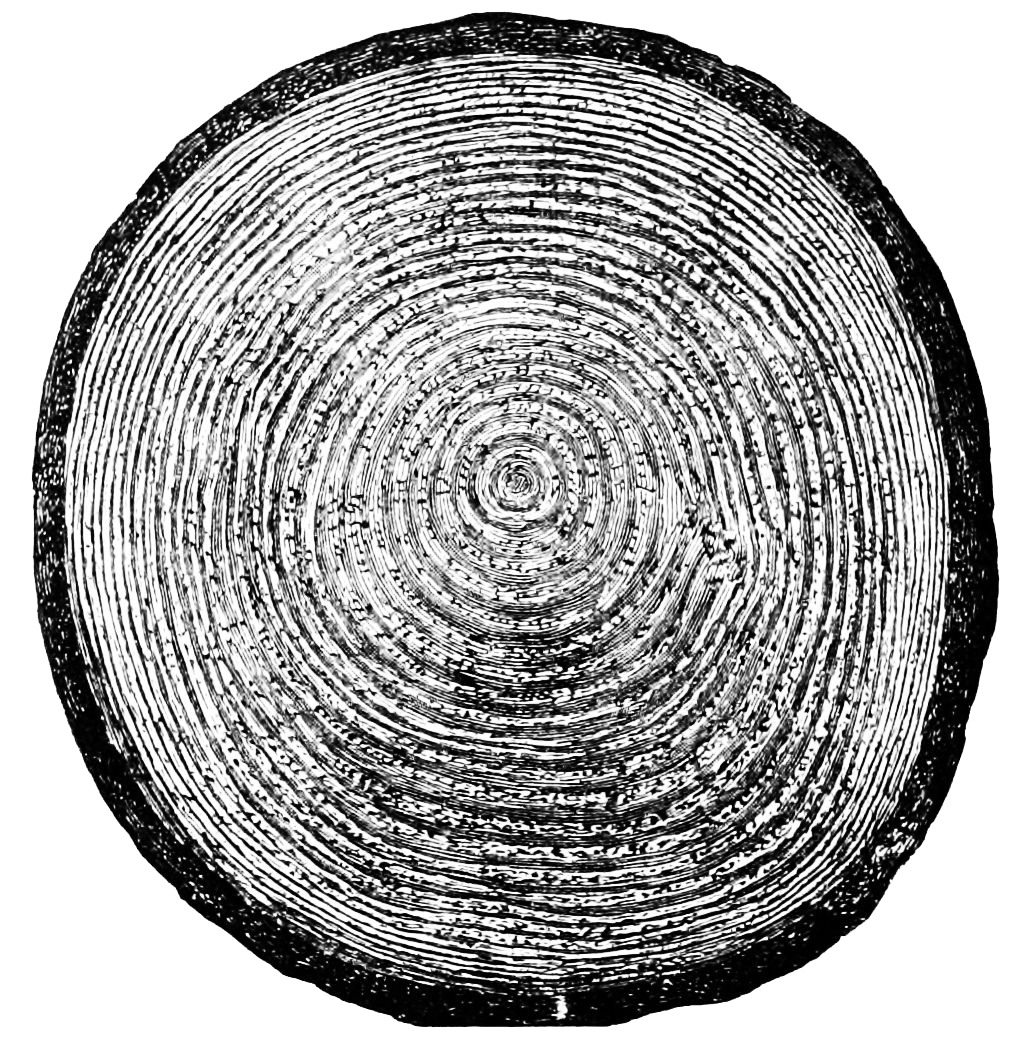 “What?” Lou replied impatiently from his workshop at the back of the half-subterranean dwelling. He really couldn’t care less about whatever Maya needed him for at the moment. He was deciding on where exactly he could take the first bite of his megalomaniac sandwich.

“There’s, er, there’s someone at the door for you!”

Maya looked down at the agitated animal at the front door. It looked over its shoulder like it was afraid of being spied on.

“What an asshole.” the creature hissed, “Get him.”

Maya turned around and walked to the workshop. Lou was sitting at the table, surrounded by his gear: tubes, decomposed computers, cables, sticks, bolts and screws glowing in kitschy neon colours and a pile of what seemed to be a rather random assortment of undetermined musical instruments.

“I told you to tell ’em to go fuck themselves, I’m on a well deserved break.” Lou’s chin was dripping with mayonnaise and egg and pieces of chicken.

“I’m not a rat!”, the animal shouted from the front door, “I’m a polecat. Get the bloody buzz-buzzy-bee over here, Louis Yonder, I got news from the North.”

“Aren’t you going to offer me some of that?”, the polecat pointed at Lou’s sandwich. They sat at the kitchen table, the three of them. Lou nodded at Maya, who started to make a sandwich but the polecat just wanted the chicken. “I’ve been traveling for well over a bloody week,” it grumped, “to get here in time. I kind of expected a bit of a more warmheartedly welcome. I had to disguise myself, hide in unnatural habitats, crawl up greasy corners, ride a bloody boat to get here. And what do I get? What do I get. I get badmouthed and mistreated, that’s what. You got coffee?”, it finally asked Maya. Maya made coffee, silently confused about the rodent at the door, at the kitchen table. Of course, she’d heard about these things, she knew Louis had his connections, but never had she been ordered around by a, what was it again? A polerat.

“So what’s the urgency?” They drank their coffee. “Drabs”, the polecat thought while eyeballing Maya, “Couldn’t be worse, travel for days, get drabbety-drabs for coffee.” He sat straight. “Alright then,” he reluctantly swallowed a sip of the drink, “I got word from the Northern Woods. They’re worried, it’s not the same, how it should be, this year.”

“Get on with making some sense, man.” Louis mumbled. “What?” Maya said. “Listen,” the polecat-slash-messenger continued, “the Woods are worried. It’s now already the end of May and they’re still trying to figure out what went wrong this year. They’re still in hibernation, most of them anyway, the trees, that is.”

“So? What the hell do I have to do with the frozen trees of the Northern fucking Woods?” Lou shrugged. “They didn’t help me when I needed them. Fuck that shit. They can sort themselves out. Have Frances Earwobble or the Arynian Bell-woman deal with their worries and what not.”

“Look,” the polecat whispered, “this is not just about them, the Woods. If no-one’s going to set this straight the whole world will soon be hibernating. For ever, Lou. There’s old stories, there’s prophecies that were long forgotten but are now popping up everywhere. New relevance in this context. What if it will never be summer again?”

The polecat suddenly stood up straight on the seat of his chair. He spread his front paws, put his nose up and his whiskers out. “I am the messenger,” it spoke, “here’s the message.” A gust of wind rolled in from far away, rushing over the treetops, and there was the crackling crisp of dry leaves, and in this voice the polecat said:

Every year at the end of autumn, at the first nights below zero we prepare ourselves to die. We loose colour, we grow pale and shake off our leaves or hold on to our needles. We brace ourselves for the dropping temperatures to come. The Jet Wind starts to dwindle between empty branches, and freezes us out of circulation and we’ll turn in equals to stone and rock. We hold our breath. Hibernate. Sleep under a duvet of snow only to wake up when the melting is announced, by small birds and the sun. Then we inhale molten air, and jumpstart ourselves into life again. Those are our powers, to die and to come back to life, to synthesize, we are the Photoautotrophs.

But winters have become longer, the summers shortened and some of us already have trouble to gather enough strength to gain consciousness, to jumpstart from winter.  The weaker ones are slipping into a sleep they can’t get out of, a coma that will slowly drag them into the marshes of death. Then we’ll be stone forever. The snow isn’t melting all the way down anymore, sand is starting to crystalize, encapsulating our roots so they can’t touch whatever liquids there might be left.

We are in need of your assistance, Louis.

The polecat fell silent but stayed upright like it was some sort of antenna. Louis put up his mug, which Maya filled with her so-called coffee.

“Yeah, la-di-fucking-da. So, what the bloody hell do you need me for?” he said, “I’m busy enough as it is.” He took a sip of his drink. “I’m not a weather conditions specialist or something. I’m not the Great Defroster. I build fucking air guitars.”

“Hey, don’t talk to the Northern Woods that way”, the polecat loosened up from his position a bit and used his own raspy voice, “Show some respect, dude.” It went back to his antenna-position.

Louis didn’t respond. He kind of looked bored and thought of his current assignment: an air guitar that could impersonate a whole orchestra, including timpani, triangles and a high quality string section. It would be used in one of the most prestigious music halls of the country. The deadline was closing in on him.

Come on, the Northern Woods spoke, you’ll be doing us all a favour, including yourself. The voice seemed to turn to Maya, You wouldn’t want it to become all cold and icy the whole year round now, do you? Never be able to sit outside and read your magazines?

Maya shook her head. “No, your honour.” she answered, not exactly sure how to address the voice of the Northern Woods.

“Listen,” at last Lou said something, “I wouldn’t even know how to build a thing like that. It’s too complicated. I build air guitars for showbiz, not for wars. Talk to the apostles of Ra, maybe they can persuade the sun to shine a little brighter. Get someone else to solve this little pickle.”

The Northern Woods seemed to loose their patience.

No, you listen, you little shit. We’ve been through all options here, we are the Mighty Northern Woods, we have knowledge and this is all we ended up with, whether you like it or not. We’ll pay you whatever you want, we’ll name an institute after you, a day even, the Year of Yonder, if that’s what it takes. Just do your research and build the damn thing. It’s been done before. The one who made that taught you your trade. Do it.

The Northern Forests repeated: Do it.

Quite sudden Maya left the kitchen table and, robot-like, made her way to the workshop at the back.

“She’s very responsive to instructions, isn’t she?” the polecat remarked. He looked at Louis. “I had hoped you were too.”

Louis went to the kitchen window and looked outside. The sun shone brightly. Nothing going on, seemingly. But Louis remembered how the Woods had turned to him before. He never wanted to be an air guitar builder, he wanted to be a wooden guitar builder, have some distance between him and the world of talking animals and ordering-around trees, depressed gods, trying-to-be-funny ghosts and oblivious oracles. He wanted his guitars to be able to play Led Zeppelin, blues, glam rock, math metal, and not to be used as wands by half-assed wizards without any musical talent.

They wouldn’t let him. The Woods denied him the wood he needed to build guitars. So he got stuck in this side of the world, producing bewitched all-purpose air guitars.

A sudden shiver of vindication, vengeance more like it, made up his mind.

“I won’t do it. Fuck you.” he said. Somewhere in the workshop Maya made some noise trying to build what the Woods had ordered. She had no idea what she was doing. She just piled up some stuff that was lying around and eventually forgot why she was there anyway.

The Northern Forest got angry. Outside a cold wind blew across the meadows and the trees in Louis’s garden shivered.

You stubborn, stupid, vindictive man. Alright, you can make your fucking music guitars out of us, if that’s what you want. Just build this one first. Save us from an ice age that won’t end.

The Northern Woods oscillated between disappointed rage and desperate persuasion. It unbalanced the polecat, made it loose its antenna pose: “Don’t be an asshole, Louis. Just build it. They’re offering you whatever.”

Louis crossed his arms and looked at the polecat.